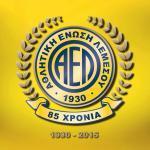 Client Crash/error After wearing Moonlight Hat then alt+Q. and after when you try to login again it automatically shutting down the client, you can't login the game unless you reset look your character on website then you can login after that!

i thought it was only me when i give to my friend, i told him to wear it and use alt+Q my friend got same error like mine.

PS i don't see the sprite when you wear it. it is sprite error or Lua files 101%.

5 answers to this question