You're as Welcome as the Flowers in May 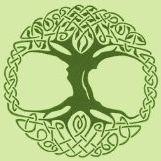